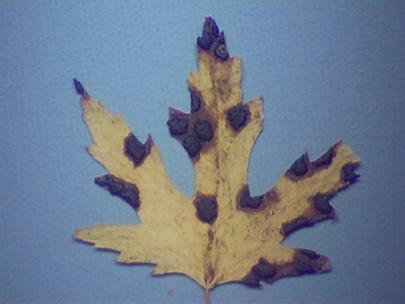 Rhytisma americanum, is a native tar spot that affects silver and sugar maple in Minnesota. 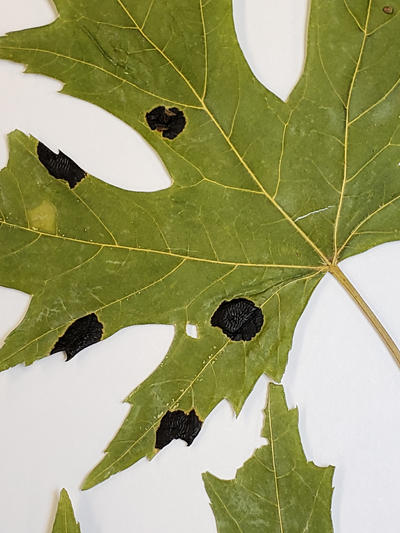 The black spot is stroma, made by the fungus. In the spring, asci will be produced in apothecia within the black tissue. 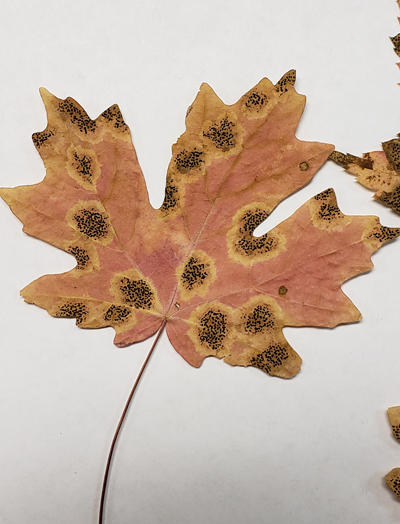 Another native tar spot to the United States is Rhytisma punctatum. This species produces lots of small black spots in groups on the leaves. 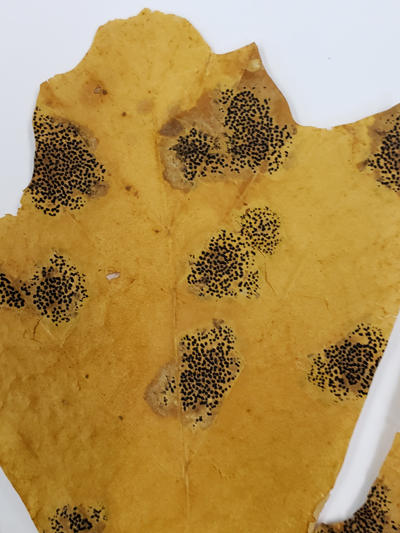 Closer view of the black spots produced in groups on maple by Rhytisma punctatum. 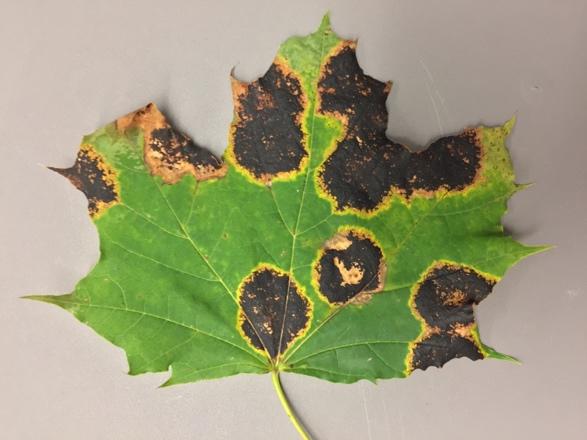 Rhytisma acerinum, an introduced pathogen on Norway maple. This pathogen has recently been found in Minnesota. 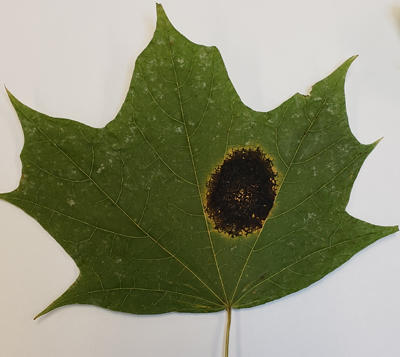 A leaf with one infection site from Rhytisma acerinum. 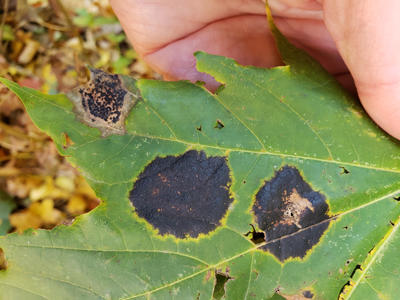 Tar spots produced by the introduced Rhytisma acerinum can vary in their symptoms. Here are a range of symptoms on one Norway maple leaf. 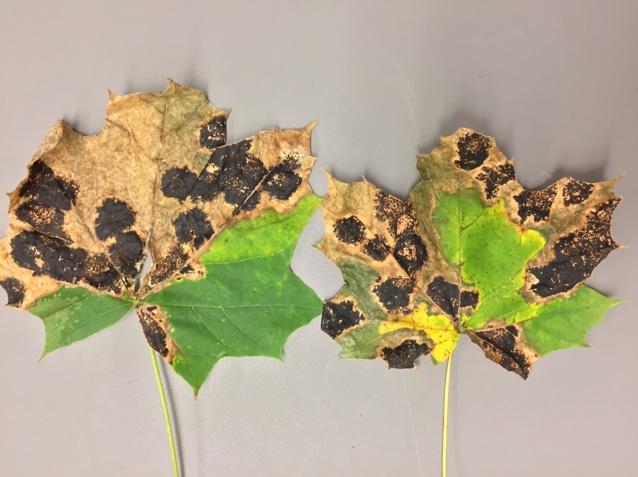 Tar spot caused by Rhytisma acerinum can cause severe damage to the leaves and premature defoliation. 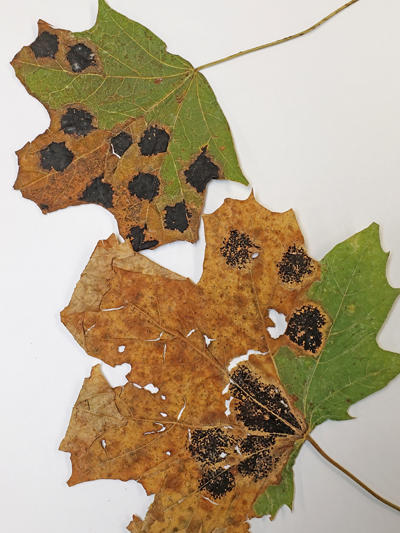 Note that the tar spots can be big black zones or can appear somewhat diffuse. 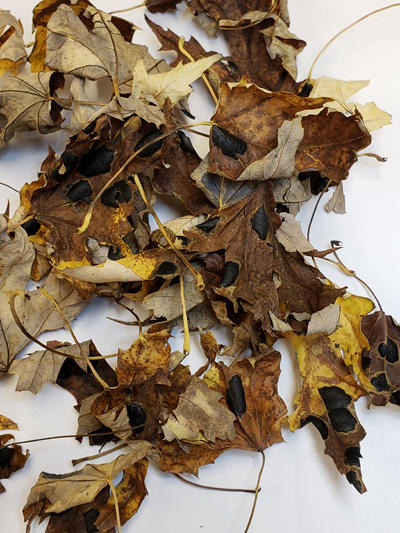 Leaves with tar spots collected from the ground in the fall. Apothecia mature the following spring and asci with ascospores are produced in late spring / summer. 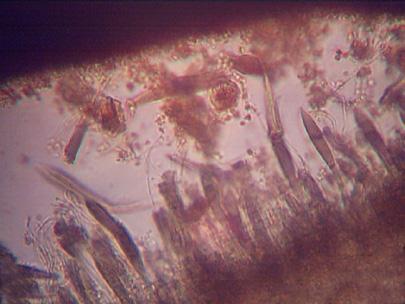 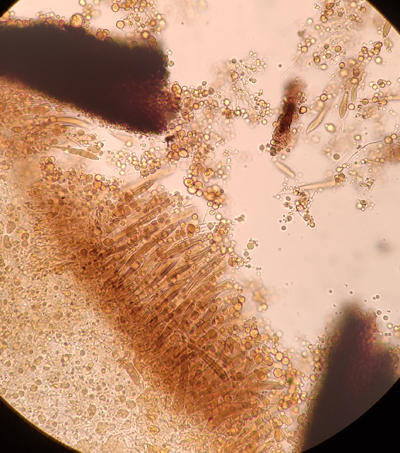 Another section made through the stroma of the tar spot. Asci with ascospores can be seen. Inside the ascus there are 8 long thin ascospores. The round structures are just droplets from extraneous materials in the stroma. 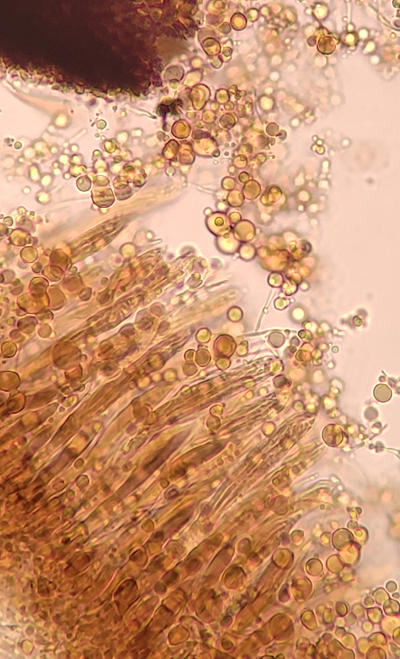 Higher magnification shows several asci with long ascospores inside them. The round structures are not spores but just droplets that were inside the stroma. 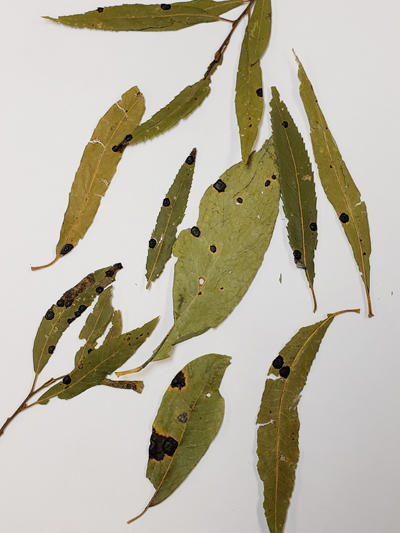 Different species of tar spots can occur on other trees such as this willow.